March 27, 2008: Results of the Alice Springs News online survey What Alice Wants. It was conducted between December 2007 and March 21, 2008, gauging the public's views on major issues affecting Alice Springs.


Surprises in our survey on burning local issues

Responses from 345 readers taking part in the the on-line Alice Springs News survey, What Alice Wants, have indicate that the popular wisdom on a range of issues is way off the mark.
These include “stringent” take-away alcohol restrictions, with 77.7% support, a proportion unchanged since the beginning of February, with now more than twice as many responses.
This poll of reader sentiment on one of the town’s most perennial issues goes against the assumption of the majority of incumbent aldermen that the most locals are against alcohol restrictions (the Alice News does not pretend that its poll is a scientifically representative sample of the whole community).
Providing two camps for bush visitors gets 80.7% support.
Creation and enforcement of public conduct standards gets 87.9% of “agree” votes.
Public toilets in all shopping centres and more council-run ablution facilities are wanted by 85.4% of our respondents.
Setting up an Aboriginal cultural centre and seeking better cooperation with Centrecorp and other Aboriginal interests are also firmly supported, with 74.8% and 73.5% respectively, both slightly up on previous results.
Town planning in the hand of the Town Council gets 79.7% “agree’ votes.
And 82.4% of respondents want senior bureaucrats brought back to Alice.
Reliable flood mitigation and the creation of horticulture farmlets both get big ticks, with 85% and 85.7% support respectively.
Respondents continue to be divided over the development of tourist facilities in the East and West MacDonnell National Parks (49.8% against, 41.7% for).
But 75.6% agreed that national parks should remain in public ownership, with an Aboriginal park management advisory body set up. This was slightly up on the earlier result of 72.9%.
Moving the power station, the garbage dump and the sewage plant well outside town is supported by 75.7%.
Doubling the available water supply, including through recycling, now has a slim majority of opponents, with 50.6% against.
This has changed from the earlier result of 45.1% against, while 40.1% agree (43.7% in February).
Putting tourist promotion into the hands of locals still gets a big “indifferent” vote of 44.2%, slightly higher than those in support, 43.3%. In February 43.8% were indifferent; 49.3% in favour.
This result would suggest that the local tourism industry has some “hearts and minds” work to do with the local community.
A firm majority at 60.2% oppose the creation of one or more recreation lakes within a 100km radius of Alice. This has strengthened from 52.8% in February.
Likewise a firm majority are against converting the Civic Centre to other uses, 53.6%, up from 44.1% in February.
But readers are more evenly divided over opening up cheap residential land: 49.3% agree, while 44.8% don’t. In February 54.8% agreed, while 39% didn’t.


The bars in the graphs mean: [1] I agree. [2] I don't agree. [3] I am indifferent. The numbers alongside the percentages indicate the numbers of the answers. 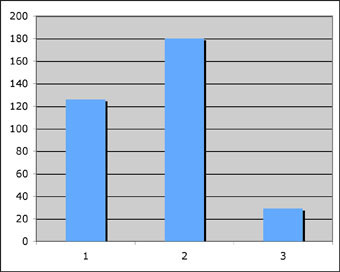 1. Convert the Civic Centre to a place where visitors are welcomed. It should include a museum celebrating Central Australia's natural beauty, its art, ancient Aboriginal culture, and the pioneering skills of living in a remote area. This would include expanded space for Tourism Central Australia, and facilities for social and other functions for visitors and locals alike. Move the majority of the town council bureaucracy to office accommodation elsewhere in town.
I agree. 37.5% 126
I don't agree. 53.6% 180
I am indifferent. 8.6% 29 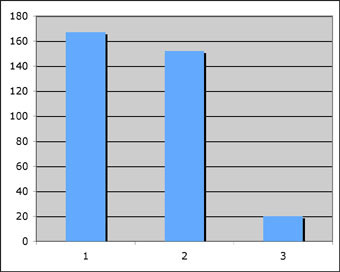 2. Open up cheap residential and industrial land. Create powerful incentives for people and industries to move here. We need affordable accommodation for people
working here, and for first home buyers.
I agree. 49.3% 167
I don't agree. 44.8% 152
I am indifferent. 5.9% 20 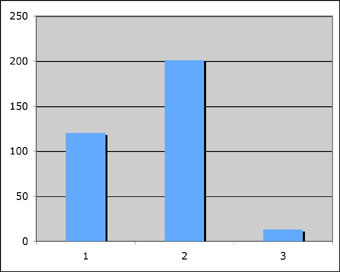 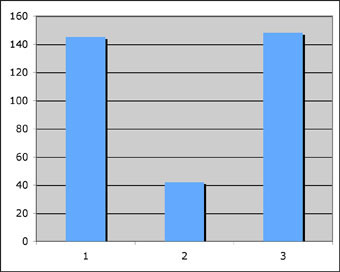 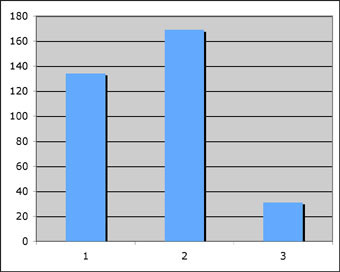 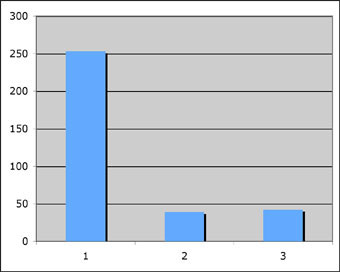 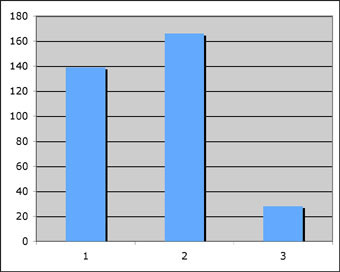 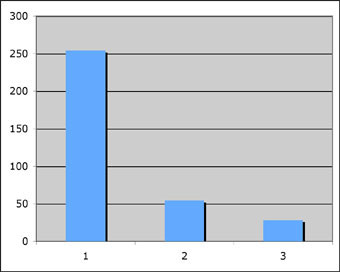 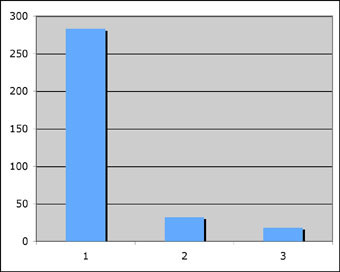 9. Put in place flood mitigation that will reliably save the town from catastrophic loss of life and damage resulting from storms increasingly likely to occur because of
climate change.
I agree. 85.0% 283
I don't agree. 9.6% 32
I am indifferent. 5.4% 18 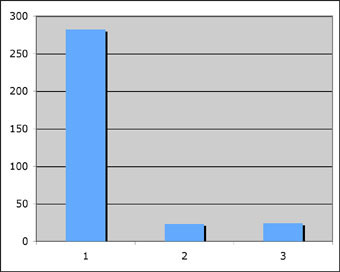 10. Create farmlets at Rocky Hill, near the new gaol and on Arid Zone Research Facility land so that small fruit and vegetable growing enterprises can be created, both
for the local and interstate markets.
agree. 85.7% 282
I don't agree. 7.0% 23
I am indifferent. 7.3% 24 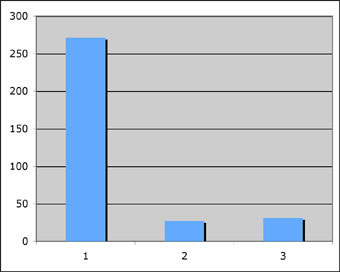 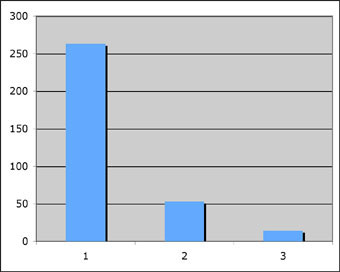 12. Place the responsibility for town planning in the southern region of the NT with Alice Town Council, together with appropriate funding from the NT Government.
I agree. 79.7% 263
I don't agree. 16.1% 53
I am indifferent. 4.2% 14 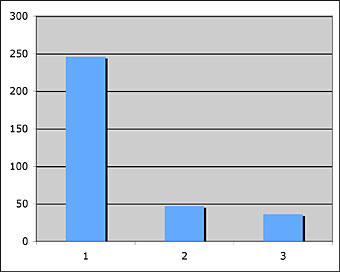 13. Set up an Aboriginal cultural centre, featuring bush foods, corroborees and other entertainment and educational elements alongside the Desert Park.
I agree. 74.8% 246
I don't agree. 14.3% 47
I am indifferent. 10.9% 36 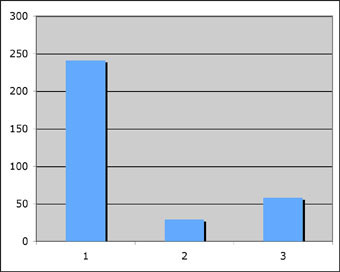 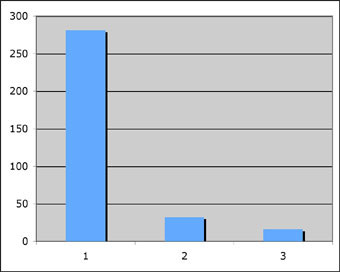 15. Require shopping centers to have public toilets. The council should provide further public ablution facilities around town, including showers.
I agree. 85.4% 281
I don't agree. 9.7% 32
I am indifferent. 4.9% 16 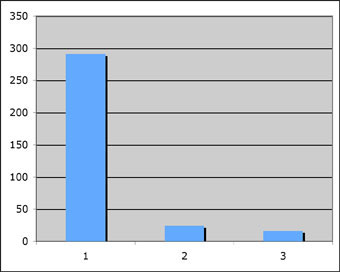 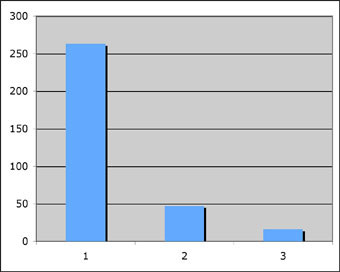 17. Create two camps for visitors from bush communities, whilst strictly enforcing laws against unauthorized camping, littering and public drinking.
I agree. 80.7% 263
I don't agree. 14.4% 47
I am indifferent. 4.9% 16 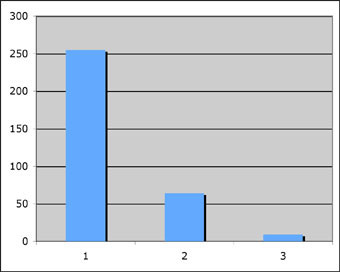 
Back to our home page.